Here is a set of images of: Tectonic House  produced and performed in 2010

Tectonic House was a performance installation. It took place in the research gallery space of the Fine Art Department of Chichester University.

The work grew out of the continuing research on the theme of ‘displacement’. The central notion was that of ‘habitation’ and living space. The relationship between the ‘macro’ elements of the continuing flow of displaced persons across the world and  the ‘micro’ elements of individual perspectives of house and home and security provided the impetus for the performance. The work allowed for multiple interpretation that spilled over form the contrast between the use of domestic furniture and film elements of arid volcanic landscapes. The furniture, initially under tarpaulin as in a temporary nomadic encampment became spread across the gallery. The table with gold plates, acting as  signifiers for treasured possessions, provided the focus for continual re-arranging of place settings. The displacement of wardrobes cupboards and assorted containers became percussive instruments sort of large  ‘beat boxes’ to provide a rhythmic accompaniment within the action of the shifting about. The showcasing of the plates (a rather simplified relation to ‘tectonic plates’)  around the performance area provided the visual equivalence for the creative in the struggle between fractured reality and desire for order. In the end all the plates were broken! Piles of debris from the action were left in the space as a sign; the index of a struggle………. 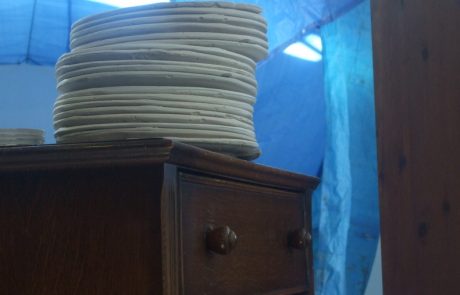 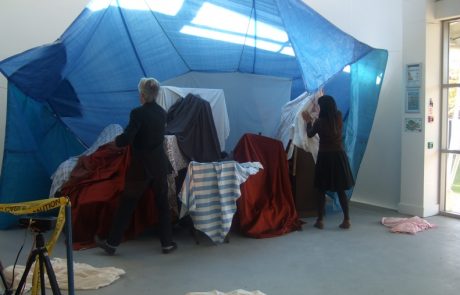 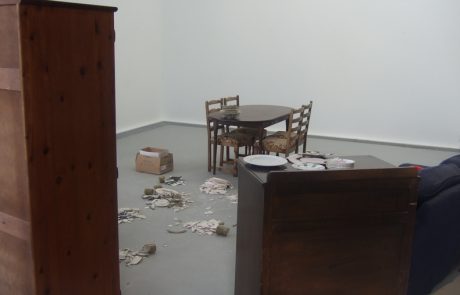 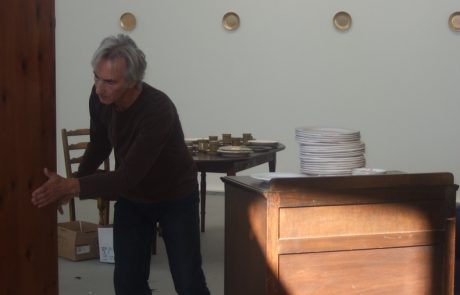 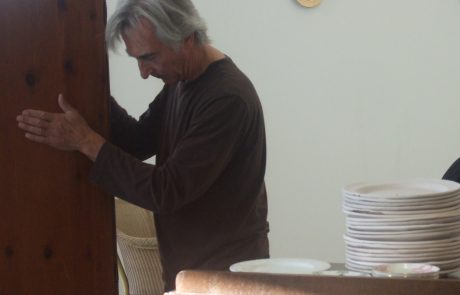 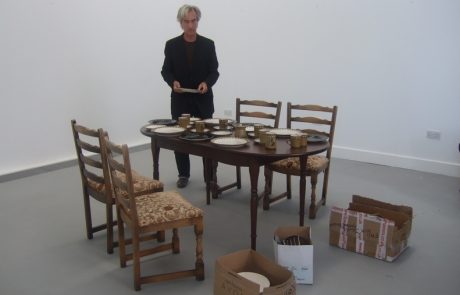 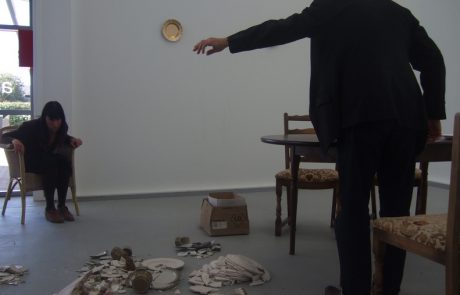 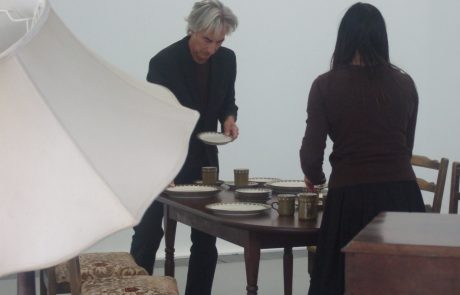