Article:  The Logic of Negotiations

The Logic of Negotiations 2017 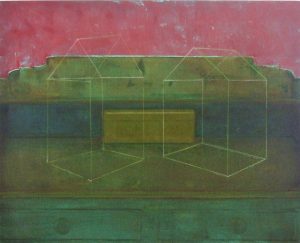 A discussion of the painting The Logic of Negotiations

‘The Logic of Negotiations’
This painting forms part of an on-going series concerned with the idea of domestic space
The Painting arose from visual research, photographs and drawings of two Perspex houses ( which have also been used in other related works).
These houses represent, through their material transparency, a sort of ‘ideal’. Ideal houses and by connotation and association sort of  ‘ideal homes’.
As open linear forms they are both ‘drawing’ and spaceframes and in their geometry, they carry associations to notions of Plato’s ‘ideal forms’. For Plato however, painting, being essentially an illusion was incompatible with ‘the ideal’  and was not allowed into his ‘republic’. The paradox and contradiction within the painting is that the illusionistic shapes can be seen to represent the ‘ideal form’  (and almost a child-like illustration of ‘house’).

In the painting the house forms are separate yet connected. One larger than the other. They are visually diagrammatical and form complex perspectives and visual ambiguities (as with Nekker cubes spatial illusions etc). They sit connected having a sort of ‘conversation’.
They are key signifiers within the painting and prompt many associative interpretations .
They sit on a desk. The desk itself is also strong signifier. I wanted the associations to multiply and for any interpretation to accommodate the both the ‘homely’ and ‘the legal’. The desk signifies a place of organisation, where ‘paperwork’ gets done. A place of ‘logic’ an authoritative and formal surface of transaction. The linear forms of the Ideal homes, the desktop seen as landscape morphing into cliff and sky, the ‘still life’ reference to innumerable historical works, especially those of Cezanne, Morandi and others, were all conscious elements in the construction of the painting.
The houses and the desk are anchored by the figurative representation and provoke multi-various interpretations that point to something like negotiation about painted space, house, homes and property.
The logic of negotiation is how to live; how and where to inhabit a space. It is the architecture of habitation and habitus (the way to live; as Bourdieu suggests connecting ‘cultural capital’ to ingrained habits that impact on life experiences)
There is a personal, autobiographical dimension hinted at through the arrangement of the forms but somehow retrievable as a common experience to all who live, sell and sometimes give away such buildings.
As perspectives and diagrams, the houses recall early Italian renaissance perspectives especially Piero Della Francesca as well as the box structures that Francis Bacon used in the centripetal and centrifugal ‘energy’ of his paintings. The interrelation of all these signs allows for dynamic interpretation.
Deleuze’s book ‘Francis Bacon ‘The Logic of Sensation’ is also key to the title of the painting.

Sometime later after the exhibiting of the work there was a Giacometti exhibition at Tate Modern.
Giacometti has been a significant influence on me ever since my foundation course in 1966 (and the year of Giacometti’s death).
There is a painting of his which has subliminally lodged in my memory. It was at the level of un-conscious influence, since I had not immediately thought of it when making the painting. It is a depiction of a table with a single apple resting on it. The depiction and Giacometti’s method of working have a visual quality of the agitated, shifting line and the ticks and probing marks associated with measured drawing. It is a way of finding the ‘object/subject’ and the negotiation of ‘seeing’ in the verification of the spaces we inhabit.
To see the Giacometti painting here is a link to the Met: https://www.metmuseum.org/art/collection/search/492699 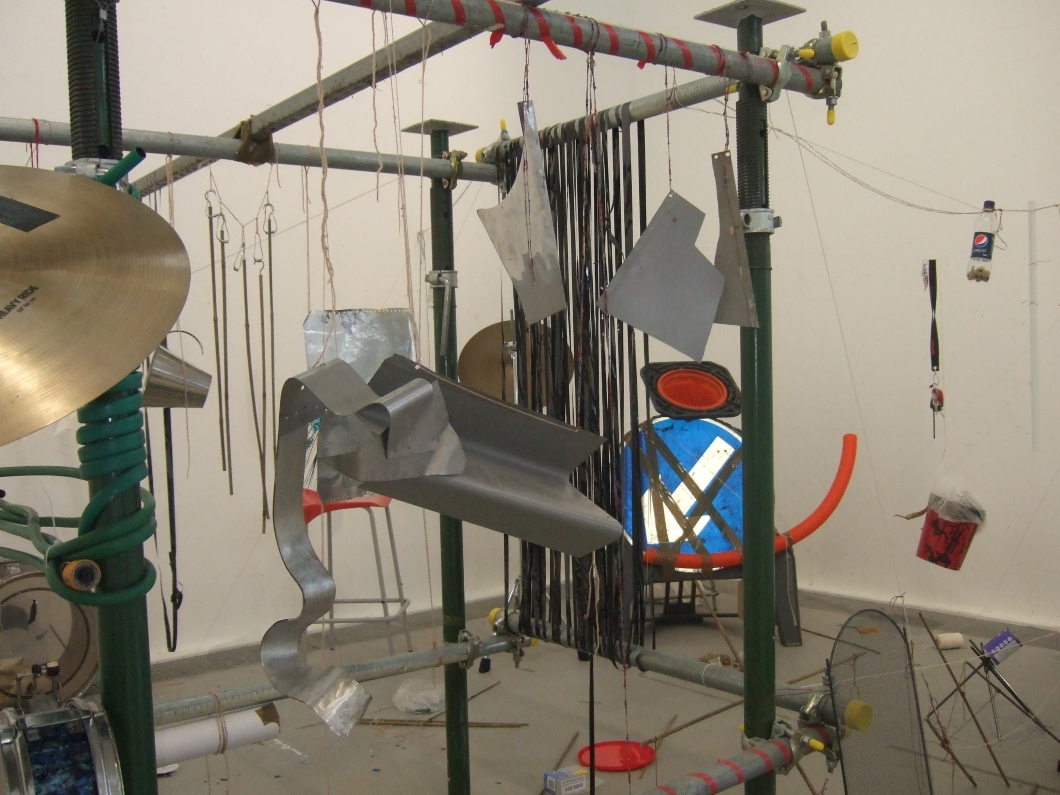 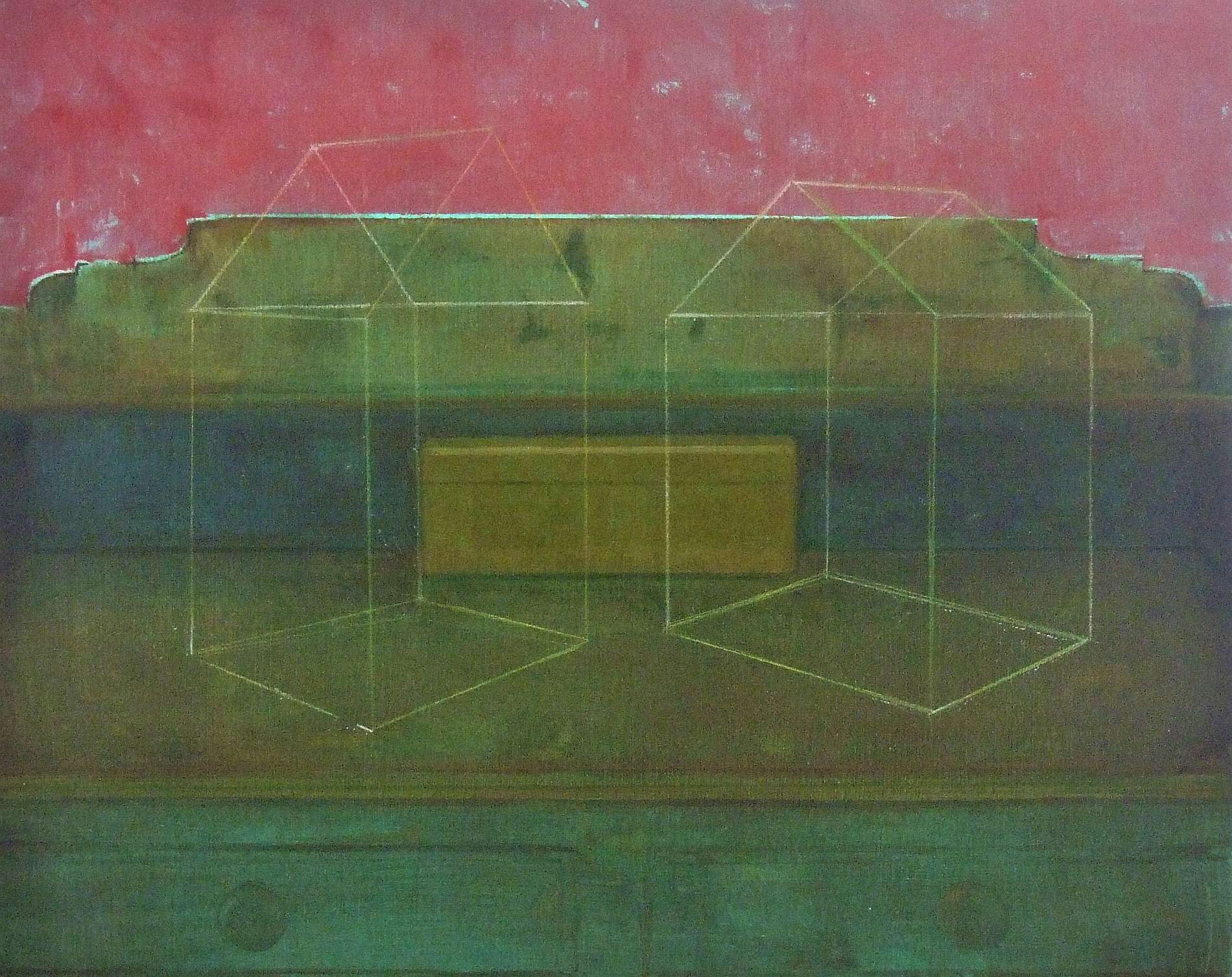 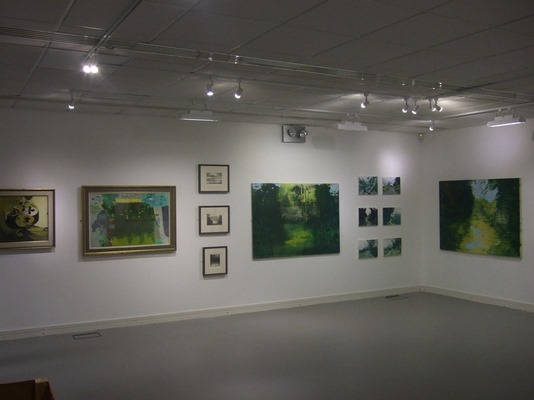 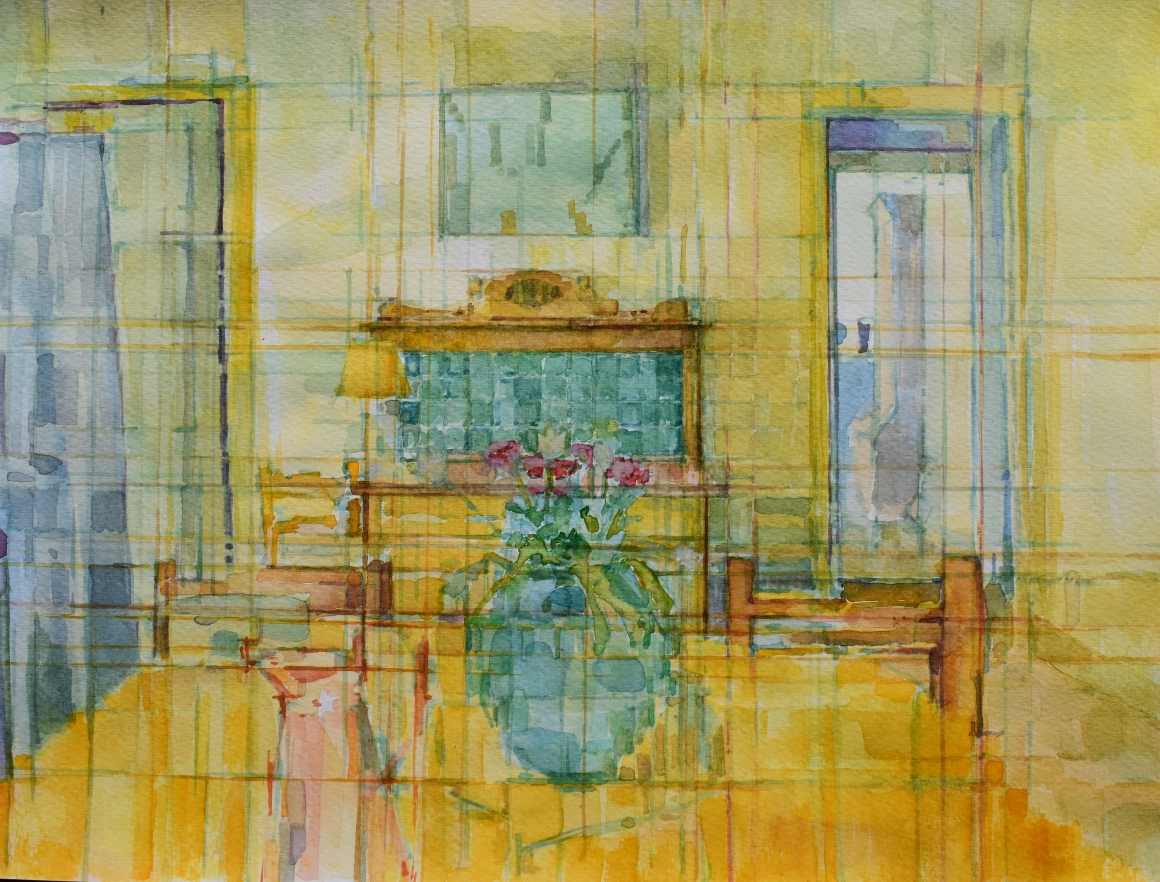 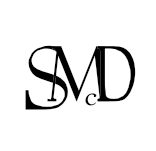 DO YOU HAVE A BIG IDEA I CAN HELP WITH?